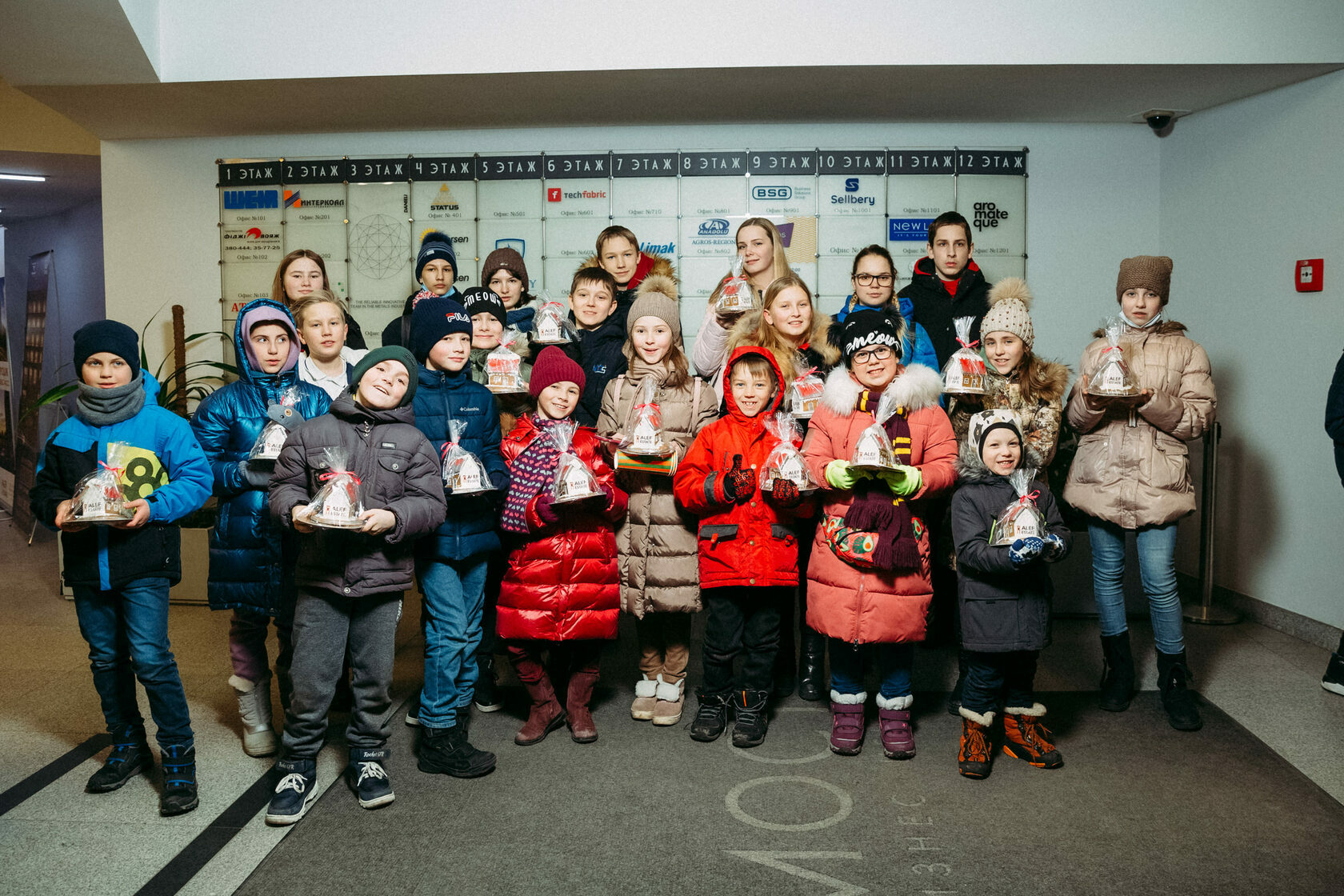 Eighth tour as part of the “ALEF Kids” project was already conducted: ALEF Estate company accepted the young guests this time. Children were invited to the head office of the company in the business centre “Prism” and “behind the scenes” of the Shopping and Entertainment Centre “MOST-City”.

The tour was opened by the deputy director of Alef Estate who told children that this is the company which makes the big dream of the beautiful and modern city come true. Valerii Rohov answered all questions of the curious guests.

Children visited backstage of the cinema as part of the tour; they went to the cinema operator’s room where the movies are run on a big screen through the projector. They saw the room where popcorn is prepared and they tasted the signature food of “Most-cinema”. Moreover, the young researchers watched short cinema show, mini-movie about Alef Kids project and Alef Estate company.

In addition, the real adventure was prepared for children at the end of the tour. “Mini-fire” was arranged on the roof of “MOST-City” in order to show the operation of fire safety system of the shopping and entertainment centre. The fire was brought under control by the firefighter according to all rules. Children were able to feel like the firefighters as they tried to use several kinds of the fire extinguishers.

It should be noted that 1 year had gone by from the date of ALEF Kids project start. This initiative was oriented to young generation, children of the company employees. Young guests of the enterprises had the great opportunity to visit the companies of the “Alef” corporation and their partners as part of the tour. And the main purpose of the project is to expand the views of life of children, and to help them to choose their future profession!