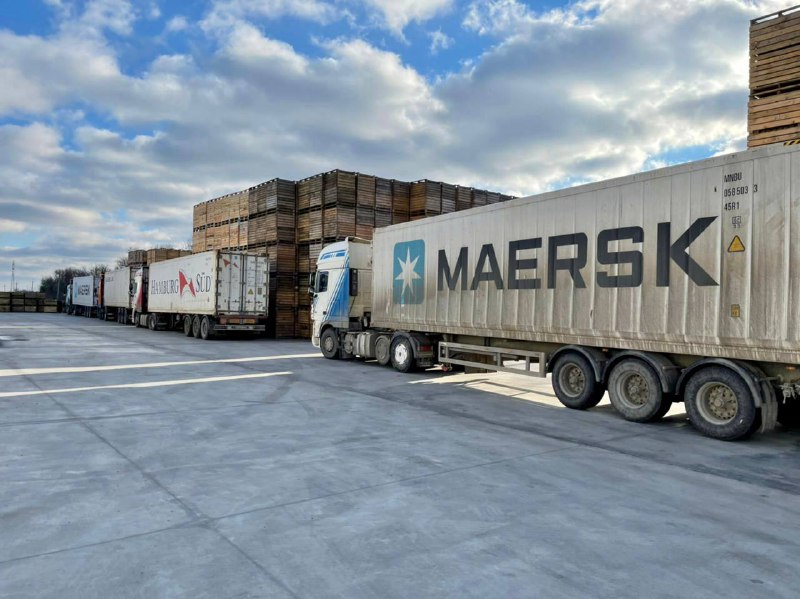 Last week, “Sady Dnipra” Company (TM UApple), being part of Alef Corporation and one of the largest apple producers in Ukraine, exported its products to the United Arab Emirates. At the same time, the containers were equipped with the temperature sensors, by which the customers could track them on the road. This was announced by Vadym Iermolaiev, the Chairman of Alef Corporation Council, on his Facebook page.

“This export was preceded by a visit of the Arab customers to the Company, — the businessman wrote. — They were acquainted with the refrigerating storage of the gardens; they saw the apple storage conditions with their own eyes and were personally present during the automated sorting process. The foreign customers were able to fully satisfy their curiosity and finally become convinced of the Ukrainian supplier’s reliability. Therefore, they placed a large order for Ukrainian apples after a short period of time”.

To reach a complete transparency, “Sady Dnipra” (TM UApple) installed the temperature sensors on pallets before shipping the products, and the number of their seals were handed over to the customers. Thus, the customers were able to monitor the temperature regime that was followed during the transportation of apples.

“Such kind of openness in communication with the client is additional” points “to the reputation of not only the Company, but also our country”, — Vadym Iermolaiev concluded.