Все новости
ALEF ESTATE invests into the project of illumination of the architectural monument on Katerynoslavskyi boulevard
06.10.2020 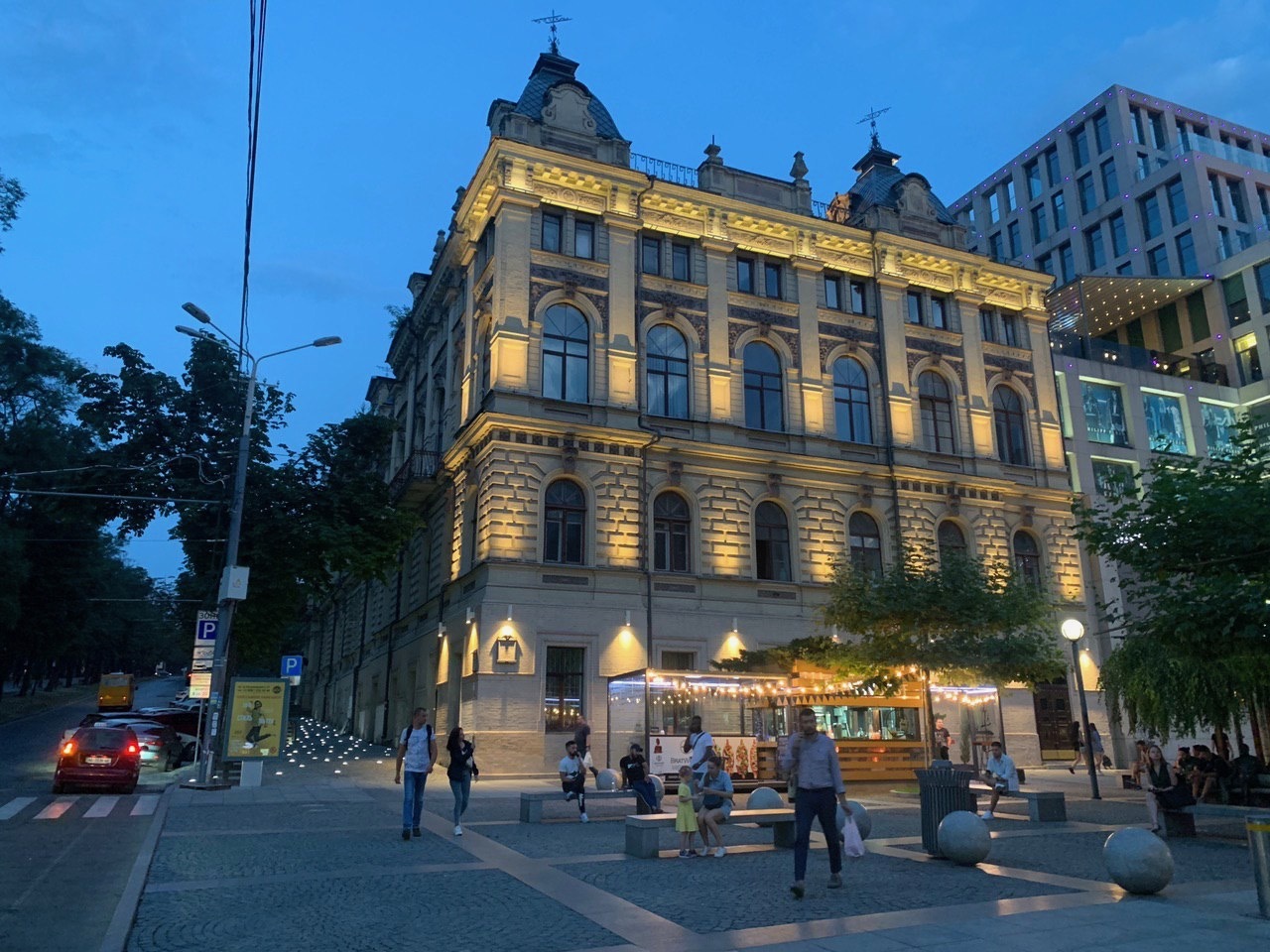 The implementation of the project of new illumination of Dnipropetrovsk College of Culture and Arts located on Katerynoslavskyi boulevard will be completed in Dnipro city in a little while. This is nationally significant architectural monument, the former town council built as far back as 1901.

The sidewalk near the building will be also illuminated in a novel way now; the unusual illumination symbolizes the image of the starry sky.

The building illumination project is financed by the famous developer Alef Estate and its investor Vadym Iermolaiev. The project author and implementer is the company Expolight which has many successful common projects with Alef Estate to its credit, including the illumination of the entire Katerynoslavskyi boulevard and the buildings located there. In particular, the project of illumination of Multi-purpose complex “Cascade Plaza” gained the reward at the prestigious
competition IES Illumination Awards in New York in 2018.

New illumination of Dnipropetrovsk College of Culture and Arts will be in harmony with the other buildings on the boulevard. The illumination project was created in an integrated manner, taking into account the luminous environment of the entire neighborhood unit. The contrast levels were chosen so as the building would not be “suppressed” by the adjacent facilities. However, it should not stand out from the overall architectural and illumination picture. As a matter of fact, creation of the well-balanced and high-quality urban environment is an important thing for the company Alef Estate.

As the founder and chief designer of the company Expolight Mykolai Kabluka said, the face of the architectural monument is filled with details, and more than 20 types of the specific lighting elements are used on the face in order to lay emphasis on these details. In addition, all illuminating equipment is space-saving, so it is unnoticeable. The interesting face relief also finds its expression in the well-chosen shades of white color: there are three such shades in the project. All useable lighting elements are energy-saving, and all face illumination consumes generally no more electrical energy than the standard electric kettle does.

The roof illumination became the significant part of the project. As the project implementers said, the roof is illuminated usually either minimally or it is not illuminated at all, leaving the undivided attention to face. However, in this case the roof is beautiful and complex; so many resources were spent to the manifestation of its form and texture.

“We show great respect to the patron of the illumination project, the company Alef Estate and its investor Vadym Volodymyrovych Iermolaiev, who already made and keep doing a lot in order to enable Dnipro to become the advanced city in terms of high-quality architecture and up-to-date public spaces”, Mykolai Kabluka, the founder and chief designer of the company Expolight wrote on his Facebook page.

Reference: Alef Estate is a development company dealing with the development of business projects for the construction, sale and operation of commercial and residential real estate property.